One of the most important areas of development is the further strengthening of the independence that our people have dreamed about for centuries. The main factor in any development is training of mentally and spiritually mature personnel.

On September 7 of this year, a solemn event was held at Karakalpak State University named after Berdakh, the main higher educational institution under the motto “My native Uzbekistan, prosper forever!”.

Rector of the University A.Reymov, Academician J.Bazarbayev, Professor B.Abdikamalov and Professor K.Zharimbetov made a speech and wished to use effectively the opportunities provided for the first – year students for the development of the country.

During the event, students who entered the University with high scores were solemnly awarded with student cards.

– “I got the highest score when I entered the law faculty of Karakalpak State University and was accepted on a state grant. In the future I want to get a good education and make my contribution to the development of our country”, said Alimzhan Ismatov.

The festive evening continued with a concert of the national ensemble the “Khurliman”. 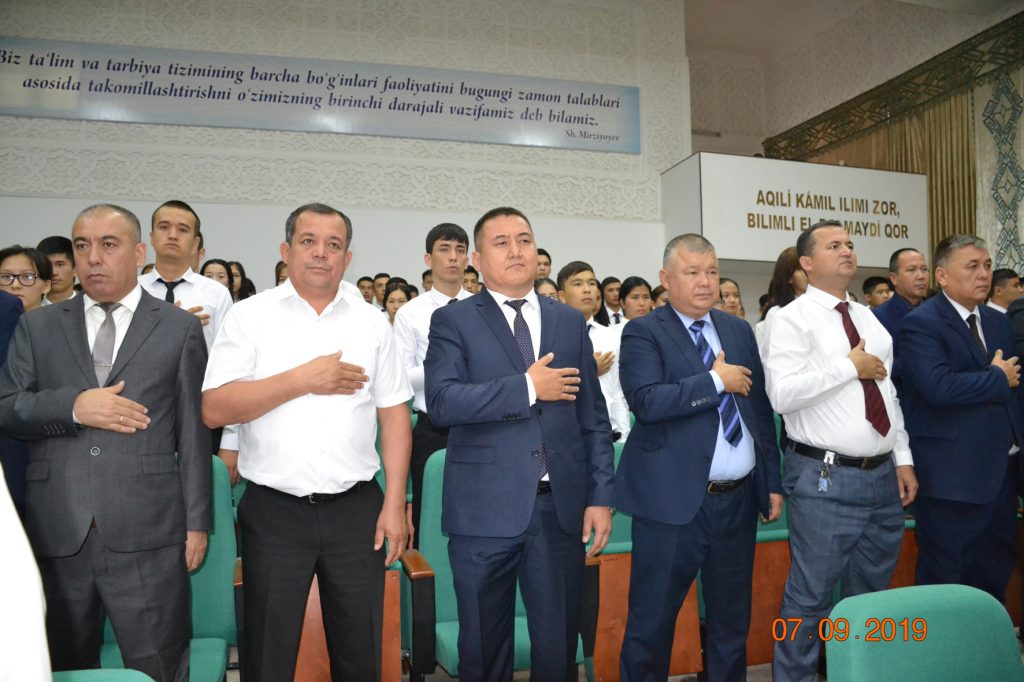 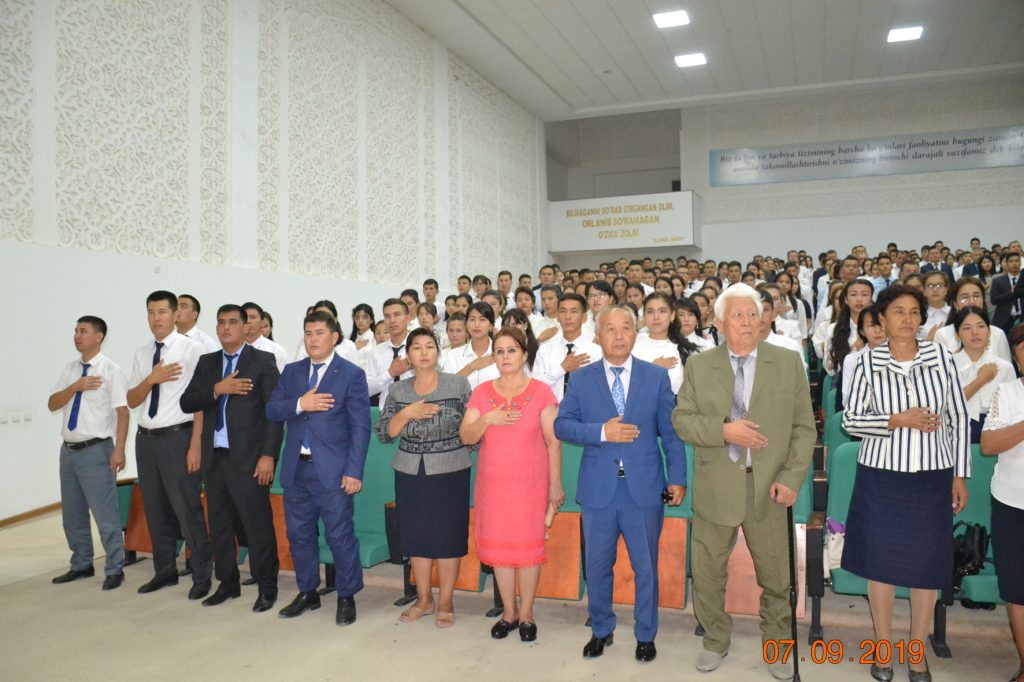 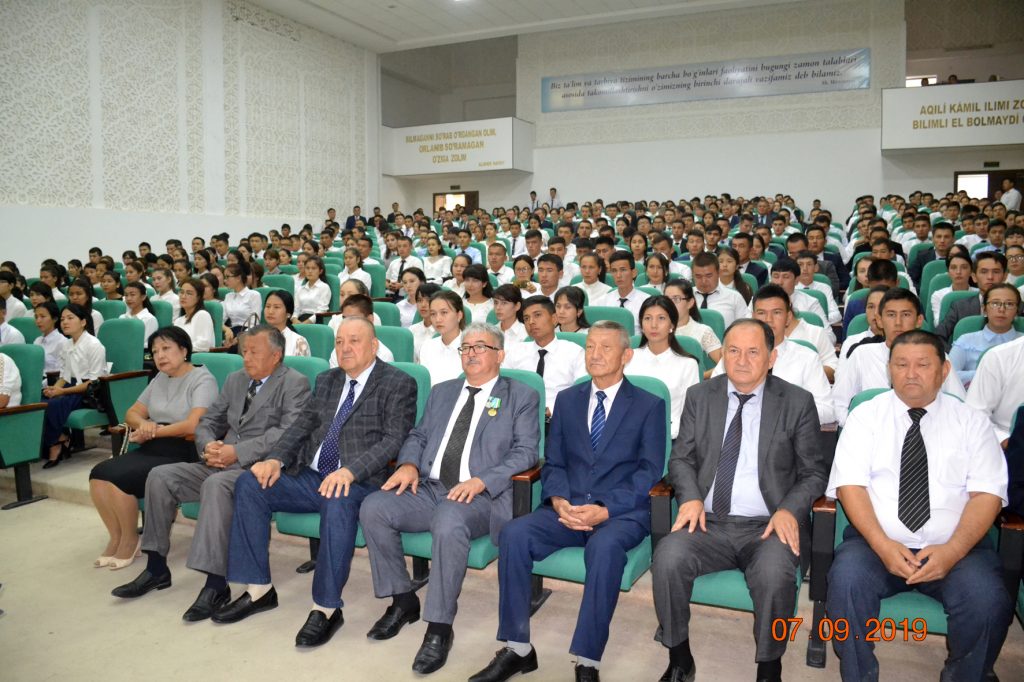 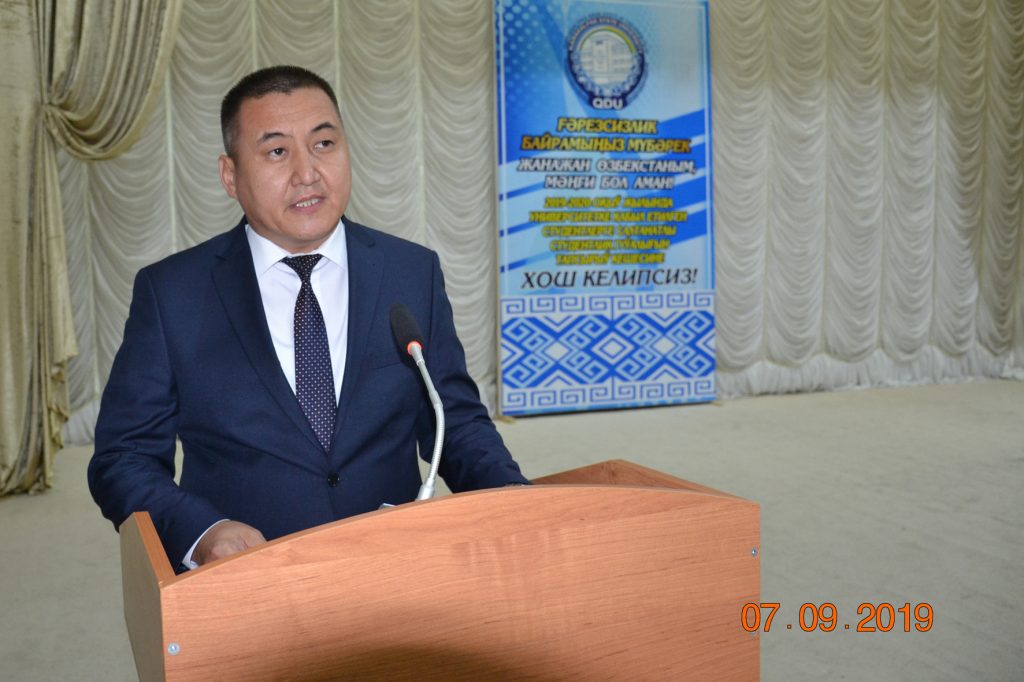 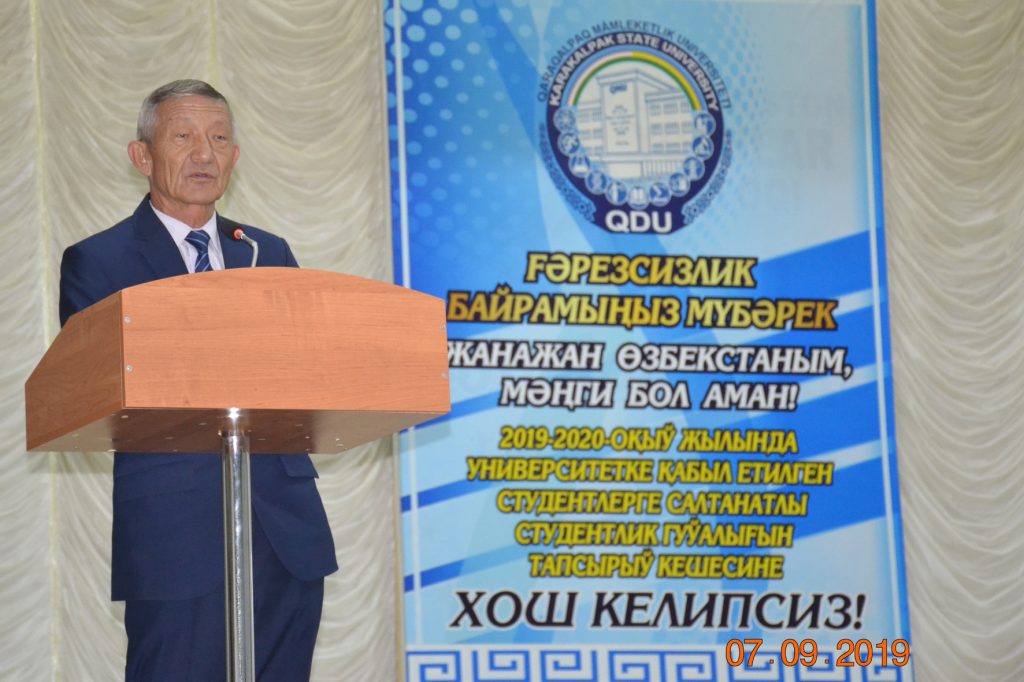 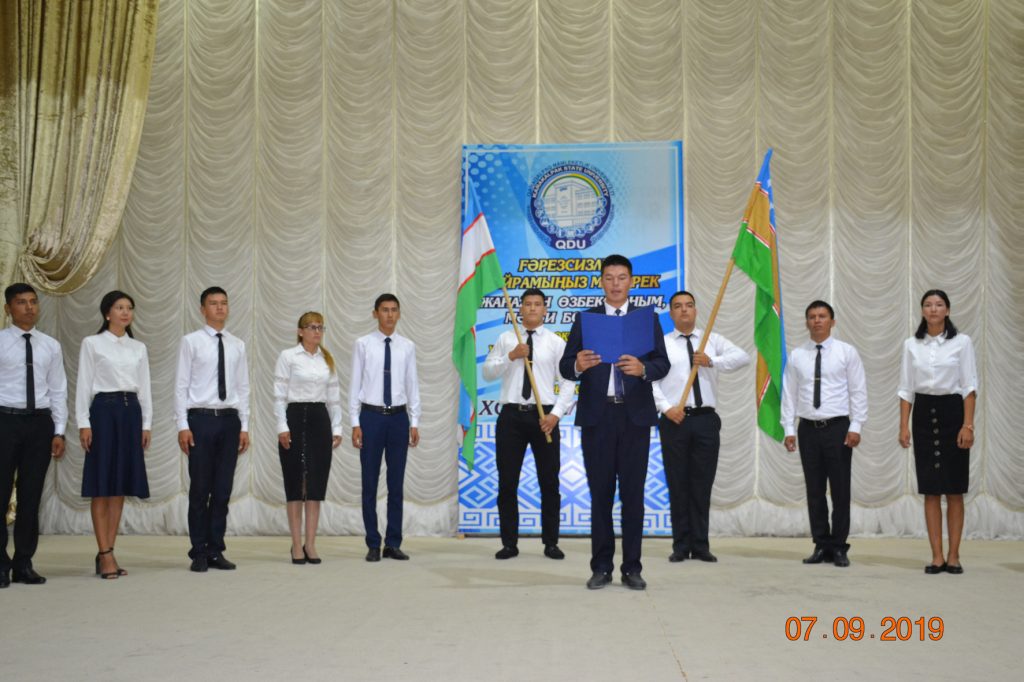 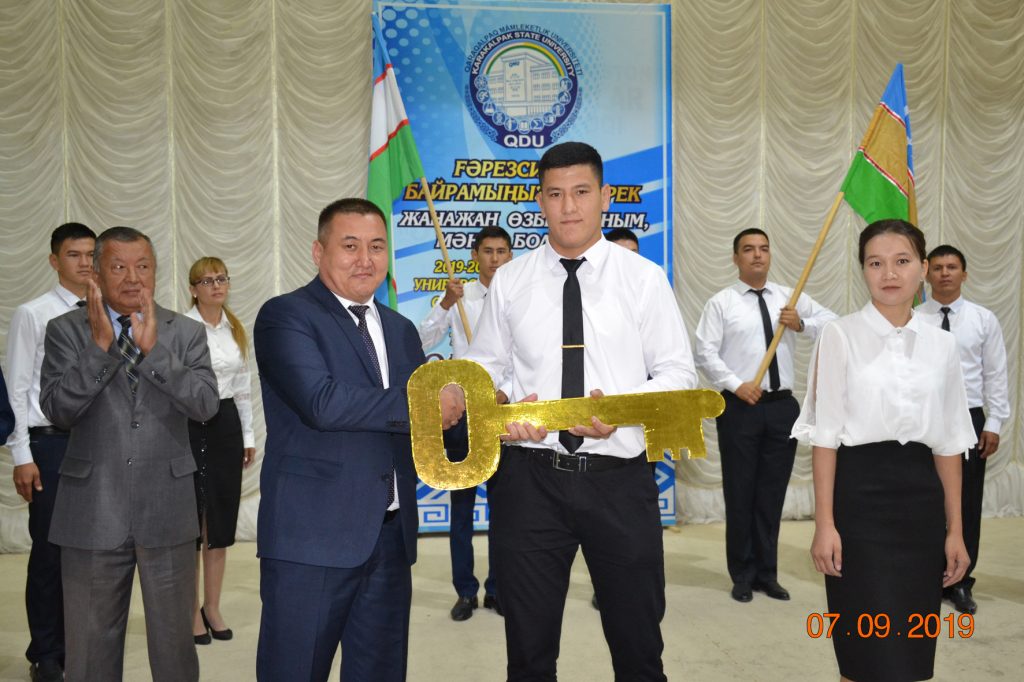 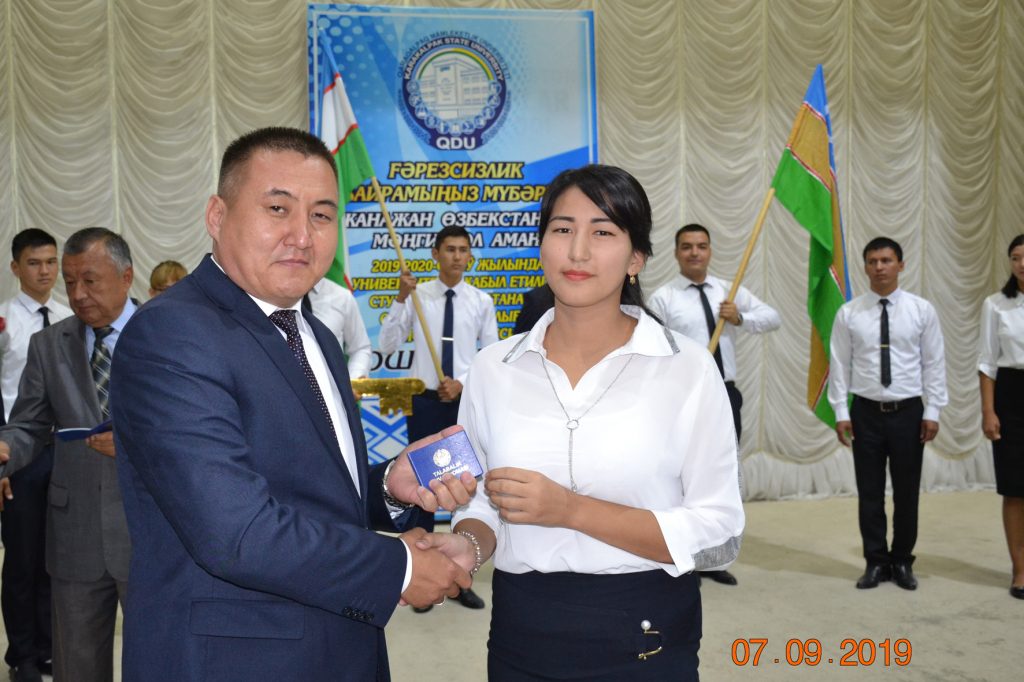 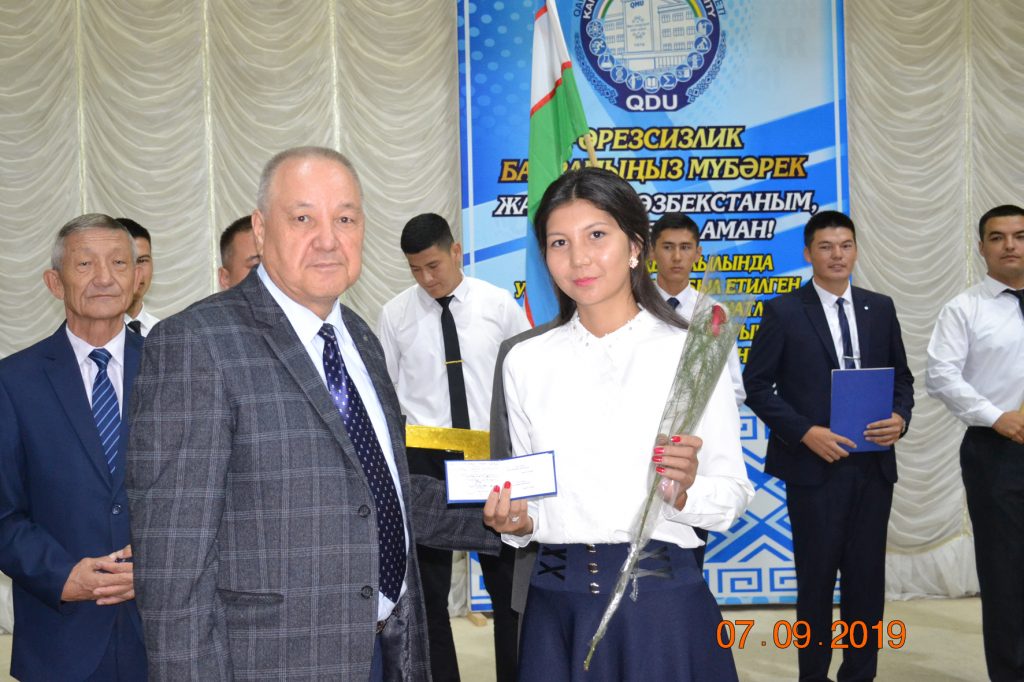